According to a new U.S. patent application filing that was recently published, the behemoth technology company Samsung is apparently working on a smartphone design that features a display which wraps around the phone from the front to the back and over the top edge.

The published patent application is entitled “Electronic Device Having Plurality of Display and Method for Controlling Same.” Samsung describes the device in the application as “a display configured to include a first surface in a first direction, a second surface in a second direction opposite to the first direction, and a third surface enclosing at least a portion of the space formed between the first surface and the second surface.”

In general, the Samsung design is a dual screen configuration. One can see text and/or images on both the front and back of the phone. The design is not however two displays, but rather one continuous screen with three component parts that come together, namely a full front display, a curved top section and a back display that covers most of the rear of the phone. This feature apparently facilitates photographing friends as well as taking selfies.

For example, when someone takes a photo of someone else, the subject of the photo can actually see what the camera is seeing. Therefore, the display allows one to take a selfie using the rear camera, thereby eliminating the need for an inferior front camera. One would simply flip the phone over instead of switching the camera. 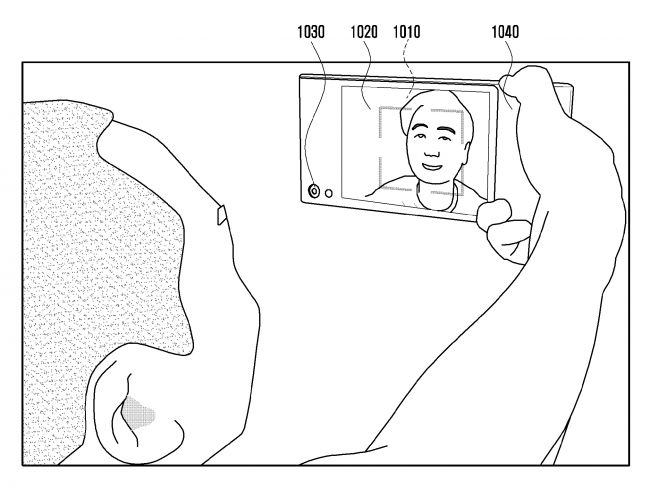 Another conceivable application would be displaying a live picture of your subject while shooting a photo, allowing him or her to see themselves as the picture is being taken. In other words, Samsung’s wraparound screen means that both sides of the camera see a live view of the image being taken. 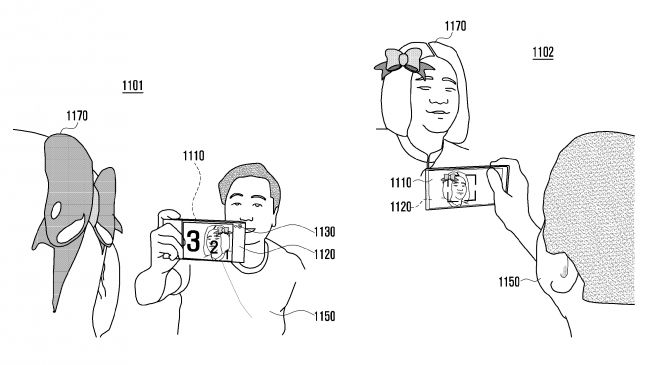 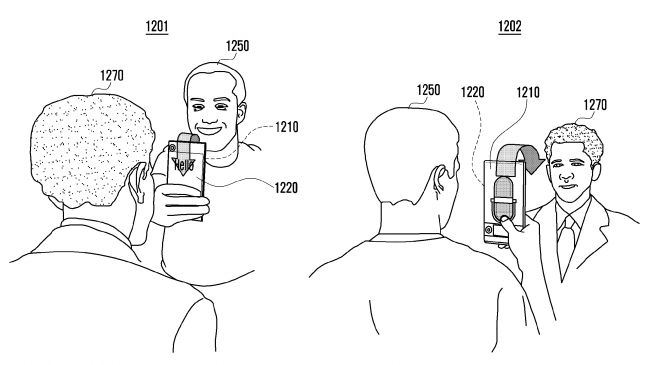 Smartphones with displays on both sides are already being offered for sale. However, providing this feature via a single seamless wraparound display, as described in the Samsung patent application, may well prove to be the gold standard in the smartphone industry.