Skip to content
Publications > The Intersection of Design and Utility Patents

In Sport Dimensions Inc., v. The Coleman Company, Inc., the Court of Appeals for the Federal Circuit wrestled with this question. Coleman owned a design patent for a personal flotation device with a torso piece and two arm bands. See Figures below. 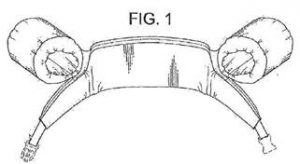 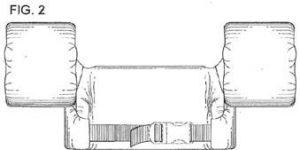 Sport Dimensions had a product with a similar appearance and filed a Declaratory Judgment action seeking a ruling of invalidity or non-infringement. In the District Court’s holding, the Court found that many attributes of the armbands and torso piece were functional and consequently excluded them from coverage in the design patent. As a result, the overall design for protection did not encompass the armbands and torso piece and, in effect, was invalidated.

The Court also highlighted an earlier-defined multi-part test as to whether a design claim was dictated by function. In applying the test, the Court noted that “design patents protect the overall ornamentation of a design, not an aggregation of separable elements.” (citing Richardson v. Stanley Works, Inc., 597 F.3d 1288, 1295 (Fed. Cir. 2010).