Skip to content
Publications > Can City Names Be Included in Trademark Applications in China?

When designing a trademark, many people may want to include the specific country name or city name as a major part of the trademark, so as to indicate clearly the origin of goods or services. It is very common and might not have problems when filing trademark registration applications in many foreign countries, as long as the applicants disclaim the protection of the country names/city names at the time of filing. However, it does not work for Chinese trademark applications. According to Article 10 of Trademark Law of the People’s Republic of China, no geographical names of administrative divisions at or above the county level or foreign geographical names known to the public may be used as trademarks. Those identical with or similar to the state name, national flag, national emblem or military flag etc., of a foreign country, except with the consent of the government of that country, may not be used as trademarks. So, is it requisite to remove country names/city names when filing trademark applications in China? In fact, these applications could be approved if they meet the following requirements:

Analysis: Turkey could refer to an Asian country, but it is also known as a large bird grown for its meat on farms.

Analysis: Besides being a city name of the United Kingdom, Sheffield is commonly used as a foreign surname. In this application, Sheffield is used along with Dr., an appellation that refers to a person with a medical degree or the highest degree. The application was approved by CNIPA after arguing over the diversity of meanings of Sheffield.

Analysis: 米兰(Milan or aglaia odorata in English) is a well-known city in Italy, but it is also an ancient Chinese city, a kind of plant or a football club. The application was approved by  CNIPA after arguing over the diversity of meanings of 米兰.

Conclusion: If an application containing a country name/ city name is rejected, we can try to argue the multiple meanings of the name beyond being a country /city in the refusal review. 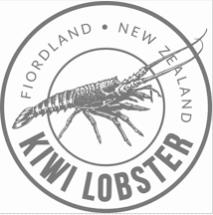 Analysis: The trademark contains the English words NEW ZEALAND, which only refers to a country of Oceania. After submitting the trademark certificate of the same mark registered in New Zealand, the Chinese application was approved.

Analysis: ITALIANO means “Italian”, but it is independent from MAESTRO, the distinctive part of the trademark. Also, the applicant is an Italian company, and it “ITALIANO” does represent the country where the applicant is located.

One important thing in this kind of trademark is that the included country name/ city name must be consistent with the applicant’s nationality, i.e., the applicant must from that country/ city. Otherwise the trademark would be refused because of misleading.

To sum up, if you consider filing a trademark application in China which contains a country name or city name, please look at whether any of the requirements below is met.